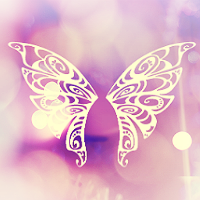 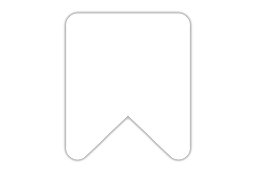 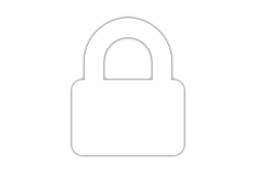 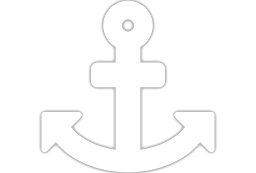 However both the worship of major and minor gods alike is falling in the Magic Dimension as people no longer have to rely on the deities to survive.

ELBERETH
THE DEFENDER ♦ GODDESS OF THE STARS ♦ QUEEN OF THE SEVEN
Elbereth is the leader of the Divine Seven. She gifted mortals with hope and justice and to represent that, she created he stars to shine down on everyone during the darkest hours. After her banishment of the goddesses Lospen and Nimera, she was given the title of the Defender. She is seen as the protector of mortals from malevolent spirits.

Her worship is widespread across the realms.
SORAS
THE AVIATOR ♦ GOD OF THE SKIES
Soras is the god of the skies and husband to Elbereth. He gave to the mortals the gift of courage to pursue their wants no matter how distant they may seem. He also grants courage to those who wish to speak their mind. He is lord over the winds, the weather and all that flies and has been given the title of the Aviator.

His worship is common among flying mortals such as fairies, harpies, etc. He is able to grant air, weather and sound powers
NJOR
THE WANDERER ♦ GOD OF THE SEAS
Njor is the god of the sea and brother of Soras. He is known as the Wanderer and his journey is one that never ends. His gift to the mortals was the gift of curiosity and seeing the wonder in the world around them. Njor has always cared for the mortals and listens to them as he floats through the streams and seas.

His worship is favoured among mariners and realms that heavily rely on the sea to survive. He goes by the name of Neptune, Poseidon. He is able to grant powers over the water, ice and luck.
ALTARIEL
THE MOTHER ♦ GODDESS OF NATURE
Altariel is the goddess of nature and the wife of Seren. She cares for all that grows from the ground and all the animals that roam the realms- she is beloved by the mortals as a symbol of kindness, caring and nurture and thus she was given the title of The Mother. Her gift to the mortals was their nurturing instinct.

Altariel is worshiped most among communities that live in tandem with nature. Young mothers or new families also pray to Altariel for fortune. She is able to grant powers over nature and food
SEREN
THE SMITH ♦ GOD OF THE EARTH
The Smith, Seren, rules over the earth and has gained mastery of using all of the precious elements found within it. He is the husband of Altariel. Seren is a symbol of strength and power his gift to the mortals was diligence, the ability to work hard for what you want.

Seren is worshiped primarily among the Dwarven race though many forges will house a small shrine to Seren. He is able to grant powers over the earth, metal and crystals.

THEA
THE LOVER ♦ GODDESS OF LIGHT
Thea is the goddess of light, she is known as the ever-young and has been given the title of the Lover. She spreads light both physically over the realms but also spiritually. Her gift to mortality was that of laughter.

She was traditionally prayed to by the youth but few of the younger generations pray to the gods anymore so her main temple of worship on Solaria is where her followers are concentrated.

KHALIDA
THE STRANGER ♦ GODDESS OF DARKNESS
Khalida is the elder sister of Thea and is herself the goddess of darkness. She is feared by many so does not aim to pursue as much popularity as her sister does. She works quietly and mysteriously, rarely taking visible form but always lurking in the shadows. Her gift to mortals was the gift of mercy.

Khalida is rarely worshiped and many temples of her are now seen as omens of ill-fortune. Though realms which are shrouded in darkness will often have many shrines dedicated to Khalida, to remember they are not alone. She is able to grant powers over darkness, shadows and fear.

The Trinity are worshiped much less than the Seven and yet they play a much larger role in the lives of mortals. They were created to be much more similar to the mortals so that they could understand the mortals in a way that the Seven never could.

KYMË
THE KEEPER OF FATE
Kymë is the goddess of fate and is charged with keeping the hall of the dead. She keeps the spirit world and the dimensions separate. She is able to grant powers of absorbance and draining natures.
ARA
THE  KEEPER OF THE MIND
Ara is the god of the mind. He created thought, creativity and individuality for the mortals to live by. He grants powers of psychic and art.
NIENNA
THE KEEPER OF THE SPIRIT
Nienna guards that which gives the mortals drive, a reason for living: The spirit. She is symbol of freedom and inner strength. She grants powers of dreams and spirits.
xx
Last Edit: Jun 25, 2016 9:10:47 GMT by Varda

Sunkissed Paradise Crafted By Alisha
A 2014 Adoxography Exclusive
This theme is best viewed on Google Chrome
"Sunkissed Paradise" premade theme created by Alisha of Adoxography and Proboards Support for use on Proboards v5 Forums. Tabbed content script by Kismet of RPG-D. Icons adapted from Font Awesome. Please only modify this theme according to the creators conditions and specify them here upon doing so.


This work is licensed under a Creative Commons Attribution-NonCommercial-NoDerivs 3.0 United States License.